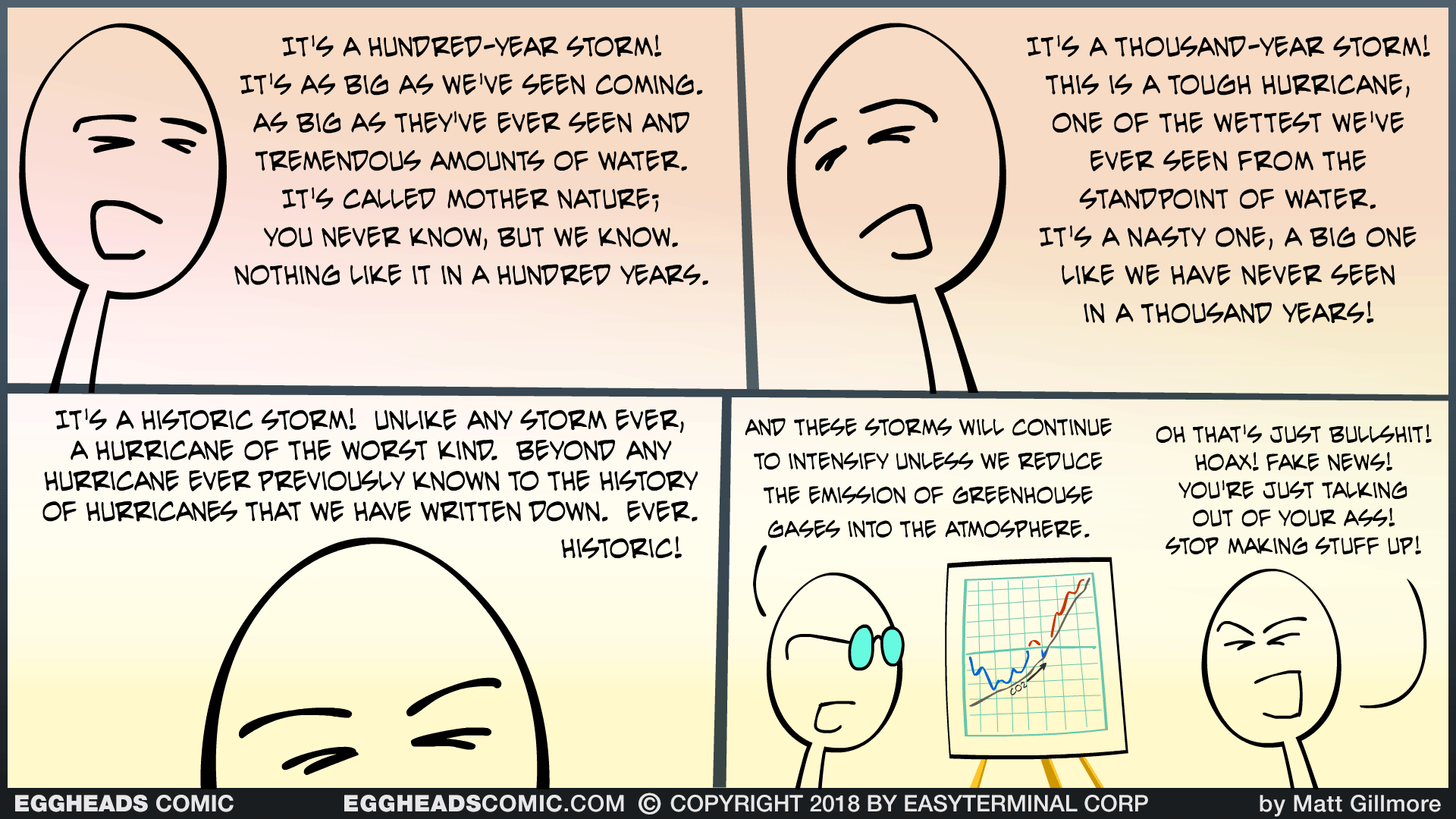 It’s a hundred-year storm! It’s as big as we’ve seen coming. As big as they’ve ever seen and tremendous amounts of water. It’s called Mother Nature; you never know, but we know. Nothing like it in a hundred years.

It’s a thousand-year storm! This is a tough hurricane, one of the wettest we’ve ever seen from the standpoint of water. It’s a nasty one, a big one like we have never seen in a thousand years!

It’s a historic storm! Unlike any story ever, a hurricane of the worst kind. Beyond any hurricane ever previously known to the history of hurricanes that we have written down. Ever. Historic!

And these storms will continue to intensify unless we reduce the emission of greenhouse gases into the atmosphere. 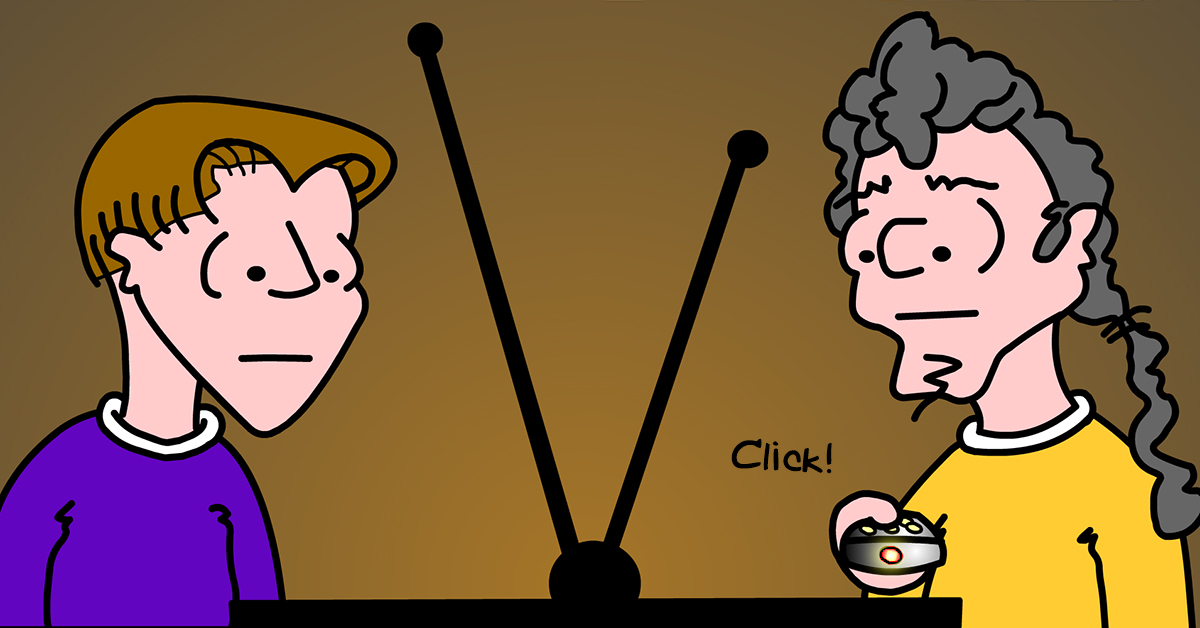 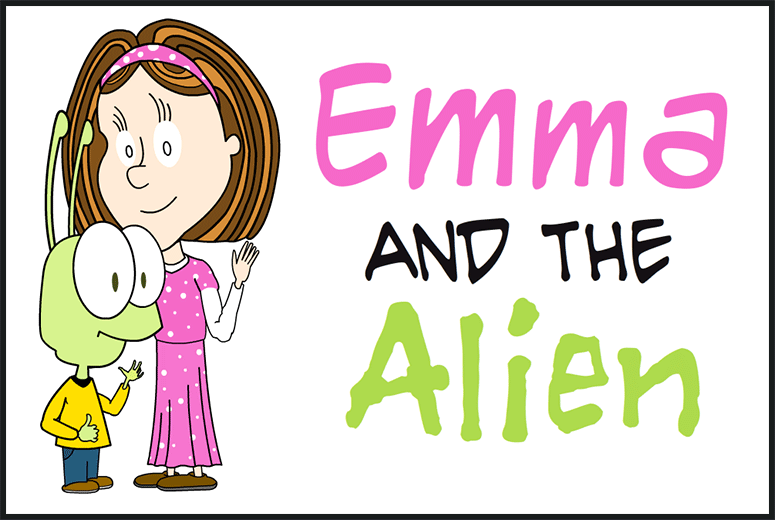 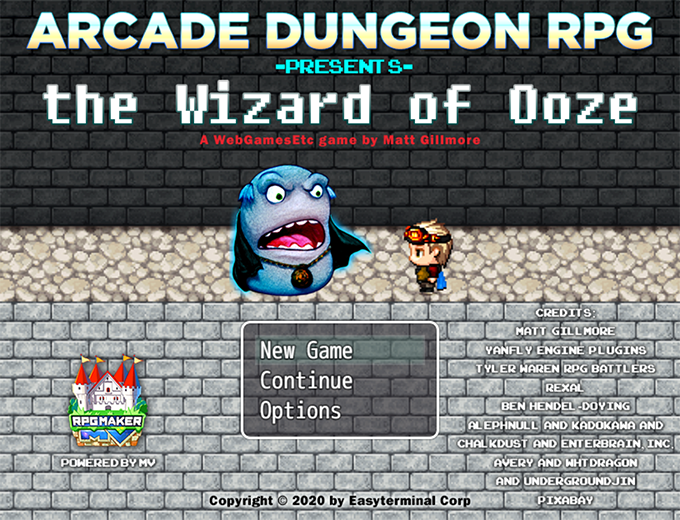